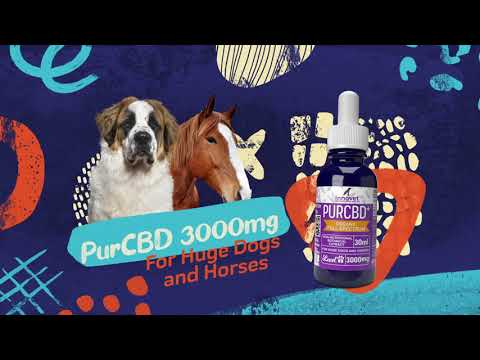 Made in the USA using Organic Farmed CBD from Oregon & Colorado with Natural Terpenes & Cannabinoids for the Entourage Effect. We mix our CBD into the Finest Organic Farmed Hemp Oil from Belgium. ONLY PurCBD+ has 0% Toxins, 0% Pesticides, 0% Heavy Metals, 0% Solvents, 0% Preservatives, 0% Microbials, 0% Vitamin-E Acetate and 0% MCT Oil All Natural
Ingredients Innovet was proud to be the 1st pet CBD manufacturer to publicly post COA's. As the industry leader in transparency, Innovet COA's are unmatched in detail and posted daily. Simply scan the QR code on a PurCBD bottle or Click Here to go directly to COA's Lab Tested Since 2005 every product at Innovet was inspired by our own pets. In 2016, CBD saved our Black Labrador Maximus, sadly it arrived too late for Gordo. Full story here. Inspired by: Gordo and Maximus Contains the full range of phytocannabinoids, terpenes, and flavonoids with boosted amounts of CBD, CBG, and CBC for tailored cannabinoid support. This provides healthy fats for the phytocannabinoids and terpenes to attach to, making them much easier for the body to absorb and use. Hempseed oil brings along its own benefits of anti-inflammatory omega fatty acids as a bonus.

How Does Innovet PurCBD Compare in Price to the Competition?

Since we manufacture all of our CBD products in house, we are able to provide you with high quality products at the lowest price! Here you will be able to compare top competitors products to ours to see how much you can save!

Matt and Dave started Innovet in 2005 making health care products for pets. By 2015, they had done some research on CBD but at that time, it seemed like a product that was just too good to be true. Matt set it aside, thinking that the hype simply couldn’t all be legitimate and never gave it another thought until Gordo became sick.

Gordo was his bulldog who had been diagnosed with lymphoma. He went in for his first treatment and had a horrible reaction to his first chemotherapy. He wasn’t eating and wasn’t being himself at all. His health went downhill fast and Dave was desperate to get the necessary help for Gordo. He searched for everything and anything that might help with cancer-related symptoms, and CBD was again brought to his attention. He found some that looked good, paid extra for overnight shipping, and sadly, it arrived 5 days later - the same day that Gordo passed away, taking his last breaths in Matt’s arms. Subsequently, the CBD bottle was left sitting on a desk at the Innovet warehouse.

Matt’s dog, Maximus, was 16 years old, blind and also battling cancer at the time. He spent most of his days in a dog bed at the warehouse, so that Matt could keep him nearby at all times. In the hopes of ensuring that he had tried everything possible, Matt saw the CBD bottle and decided to give some to Maximus. At that point, Matt was almost certain that Maximus was close to death. He had no hope that it would help because Maximus was so old and hadn’t been able to stand up or eat on his own since Gordo had gotten sick. Matt simply couldn’t imagine losing Gordo and Maximus within days of each other but that fate seemed inevitable.

30 minutes later, Maximus was missing. Everyone at the warehouse all spread out in search of Maximus and found him in a part that he had never been in before. We were shocked to find that Maximus was alert, wagging his tail and eagerly trying to sniff out food. Matt brought him back to his dog bed where we discovered what happened: Maximus had stood up on his own, ate all his food and had ventured into the warehouse in search for more!

From that day on, we knew that CBD wasn’t all hype. It really did work. Matt believes that CBD gave him more treasured months with Maximus having a good quality of life. His only regret is that he hadn't given CBD a chance sooner. After this incident, Dave and Matt immediately went to work to source the highest quality full spectrum CBD from organic hemp and soon after, PurCBD Oil was born. Throughout the last 3 years, we've proved that top quality CBD can be both affordable and easily accessible.